It is managed and operated by the Carver-Hill Memorial and Historical Society, Inc.  The brain child of founder, the late Mrs. Caroline Baker Allen. 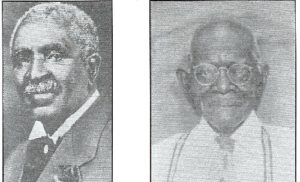 Carver-Hill School named in their honor!

The museum honors the Carver-Hill School.

The school officially opened its doors as the Carver-Hill School in 1954 and serviced schoolchildren from kindergarten to high school. The school was able to educate black schoolchildren during a time when schools segregated for African-American schoolchildren were abysmal. It performed this task until Okaloosa County fully desegregated their schooling system in the 1968-1969 school year.

The Carver-Hill Museum is also a site for many community events for the City of Crestview Florida. The Carver-Hill May Day Festival and Museum Day is a great memorial event for the museum. Families can compete in amateur sports competitions or just relax and enjoy the food and drink provided. Besides museum tours, the event has a large community parade through the area. It is a celebratory and reflective day for this great institution in Crestview.

Become a Member and Support the Carver-Hill Museum!